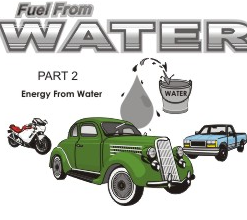 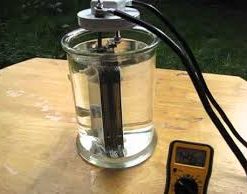 Part 2 of Fuel from water! Also see part one. Learn How to run your car on water by separating the molecules into gas. More powerful than gasoline! More details below.

In California they are testing these type of cars right now! Of course you do not need a special car engine to run these gases only a special intake hook up valve and collection inverter box.  Think about it; instead of going to a gas station to fill up on high price gas that pollutes our environment, you just stay at home and fill your car tank up with water instead. We have heard many back yard researchers are already doing this!


There is a man I talked to down in Kentucky who has been running his car from water for many years. And Stanley Meyers of Ohio ( USA)  has also developed a highly efficient and safe way to run your car on water, in which he holds a US Patent. The old way has been to store the Hydrogen and Oxygen gases in sealed gas tanks, but now that is no longer necessary. There is a safe and better way to produce these simple gases that could run any gasoline engine. Simply store the water in a holding tank and then use a water pump to pump the water up into the carburetor area to a separation fuel cell box, giving the user power on demand! This is much safer than storing these gases in a tank. These gases are clear and have no odor, and when burned they again come together and produce water out of the end of the exhaust pipe in the form of water vapor and fresh air..  See this powerful US Patent for yourself!  The exhaust water vapor could be collected and used again, directing it back into your water tank. and then the whole process starts all over again. 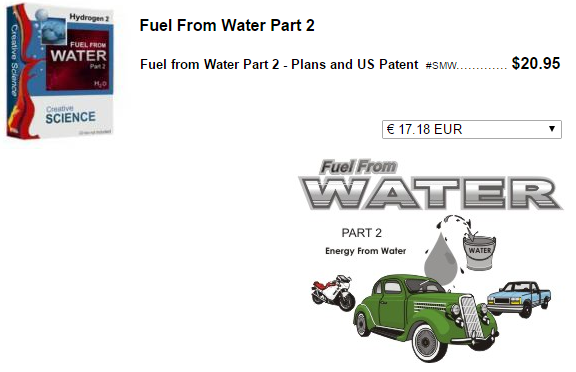